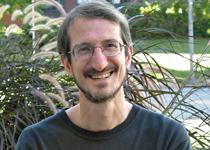 All secreted proteins, and most that ultimately reside within the cell, must traverse the secretory pathway, a network of intracellular organelles housing the machines that help secreted proteins mature.  Critical components of these machines are a class of proteins known as molecular chaperones, some of which are associated with the endoplasmic reticulum (ER).  If, however, protein folding is inefficient or slow, a secreted protein may be targeted for destruction by a process we termed ER Associated Degradation, or ERAD.  During ERAD, proteins are selected as being defective, are modified with ubiquitin, and are degraded by the proteasome, a multi-catalytic protease that resides in the cytoplasm.  Molecular chaperones are required for ERAD by “deciding” whether a protein is sufficiently mature to transit through the secretory pathway.  Molecular chaperones can also direct ERAD substrates to the proteasome. The importance of understanding the molecular mechanism of ERAD and molecular chaperone action is underscored by the fact that several human diseases—including cystic fibrosis, heart and liver disease, diabetes, and neurodegenerative diseases—can arise from defects in chaperone-mediated folding of secreted proteins and/or the ERAD pathway.

Current research in the Brodsky laboratory is directed toward understanding how molecular chaperones in the ER and the cytoplasm facilitate ERAD and protein folding in the cell.  Human proteins expressed heterologously in yeast are being examined as substrates for ERAD and chaperone-mediated folding.  Data derived from our genetic studies are complemented by biochemical assays that recapitulate specific steps in the ERAD pathway, and by studies using cells from higher organisms in which disease phenotypes are more relevant.  In parallel, we have identified and characterized small molecule modulators of specific molecular chaperones, some of which have potent inhibitory effects on cancer cells and on the replication of human viruses.